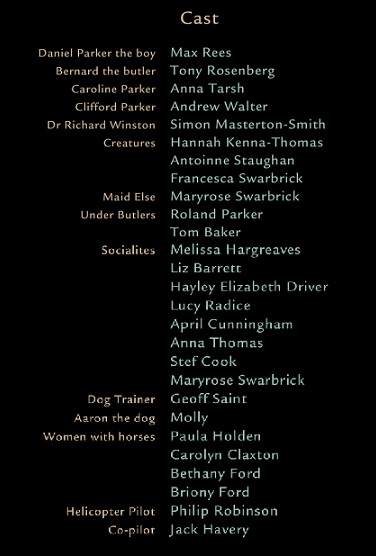 Mollie is now a “film star” having stepped in at short notice to performed in the production ‘Out of the Shadows’. Directed by Zachary Weckstein the film was shot here in the Ribble Valley.

The film is about a young boy who haunted by dark shadows and monsters.  In the film Mollie plays the role of a beloved dog to Daniel Parker’s (played by Max Rees) and appears in many of the scenes.

“Molly just seemed to understand what was required of her even though it was the first time she has ever done anything like this”.